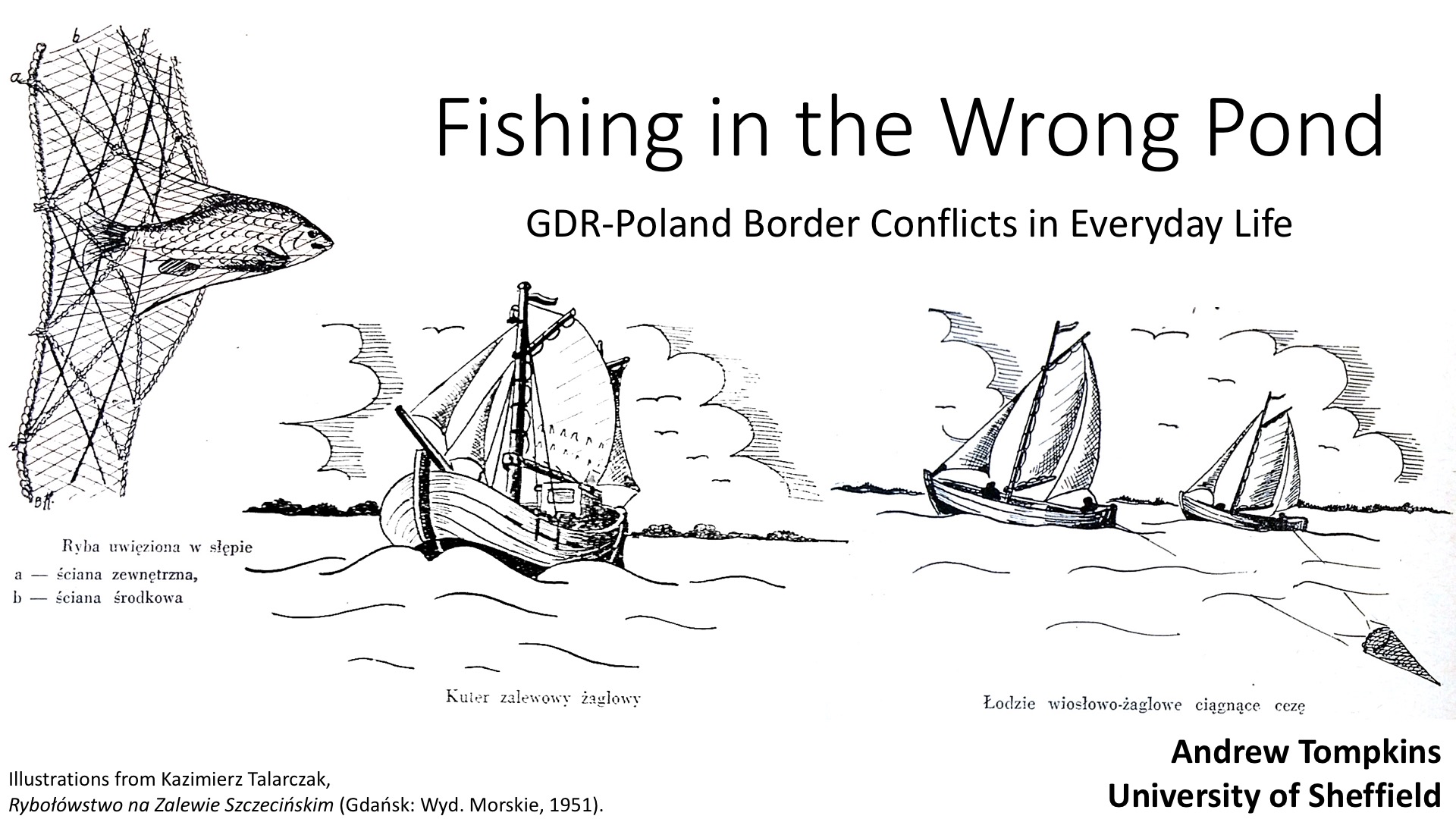 Presented at the 2018 annual conference of the German Studies Association in Pittsburgh, PA as part of the “Policing the Borders of the GDR: Transnational and Global Approaches” panel.

When the Oder and Lausitzer Neisse became Germany’s easternmost boundaries following the Second World War, Germans and Poles had to adjust to dramatically changed circumstances. This was true not only for German expellees and Polish forced migrants, about whom much has been written, but also for long-term residents along this shifted border. Among them were East German fishermen who repeatedly found (or got) themselves in trouble in newly Polish waters or in taverns onshore, where they drunkenly insulted Polish fellow customers and state officials with revanchist statements. This put the GDR state in the uncomfortable position of having to bail out some of its own least favorite citizens for misbehavior abroad that reflected poorly on the state’s own credentials as the better, anti-fascist Germany.

Furthermore, these incidents forced GDR authorities to negotiate with a difficult neighbor with whom it had numerous conflicts. After the SED initially hesitated to alienate East Germans by accepting the Oder-Neisse border, it grudgingly acknowledged the new postwar reality in the 1950 Treaty of Görlitz, named for a city whose utility infrastructure was now divided between two states. Numerous arrests of fishermen occurred not only before this treaty, but also almost a decade after the border was confirmed. Bridges destroyed in the war went without replacement and the ‘fluid boundary’ between East Germany and Poland remained mostly closed to ordinary travel until the 1970s. The poor state of relations between the two countries under Ulbricht and Gomułka has been characterized as a “Cold War within the Soviet Bloc” (Anderson). After a brief thaw in the early 1970s, tensions over territorial waters and the transshipment of goods through Szczecin port to West Berlin escalated into a full-blown diplomatic row over water rights again in the 1980s.

The question of water use is thus revelatory of the interlocking tensions that existed in this officially uncontested borderland, including those between the Polish and East German states, between their respective populations, and between GDR state and society. On the basis of such examples, this paper will explore how Germany’s territorial losses affected nation, state, and individual, showing how practical problems in everyday life became caught up in national conflicts even under socialist auspices.