From the Jessop Left picket line 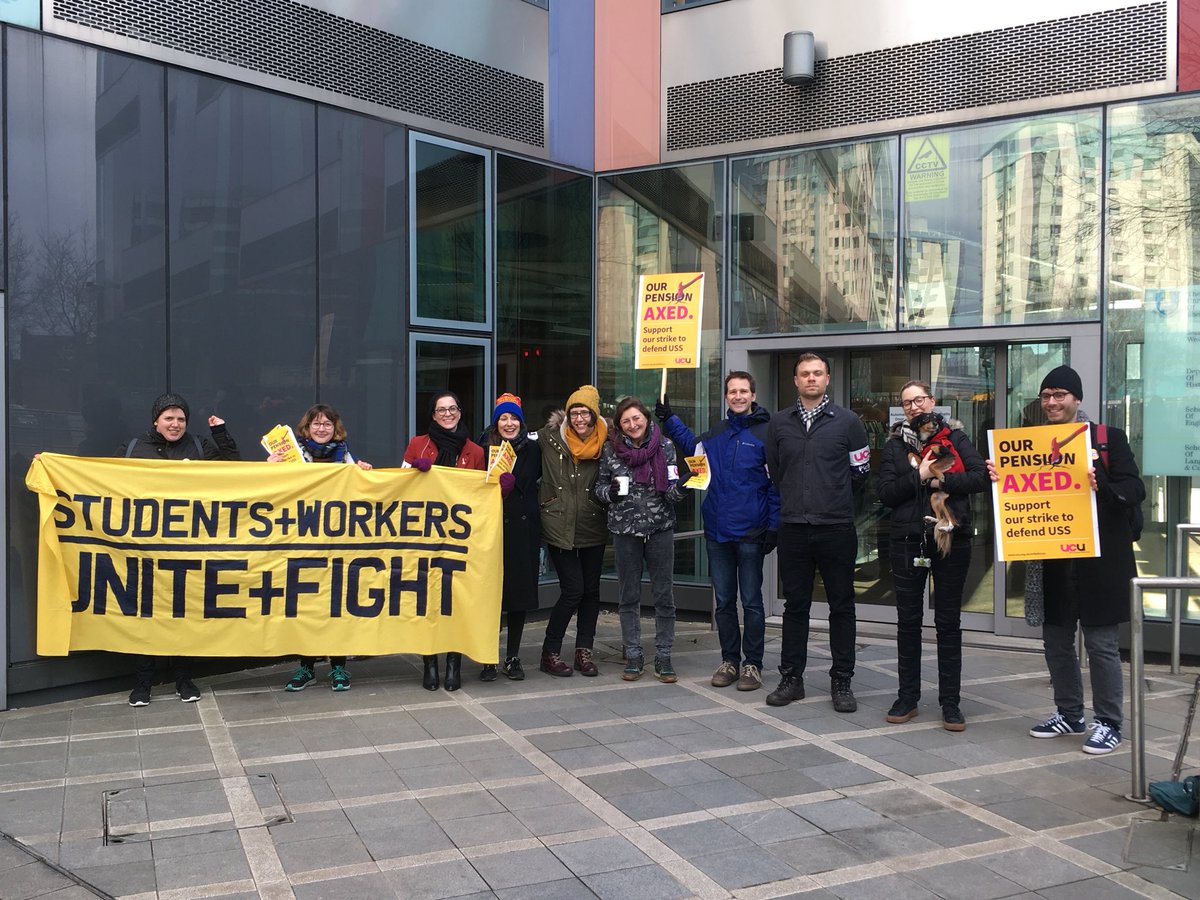 A contribution to the ‘Picket Line Perspectives’ series for ‘Historians’ Watch’ on History Workshop Online — together with contributions by Dan Healey, Onni Gust, and Eleanor Davey: original post on HWO site.

The ordinary occupations of the struggle freed us partly from anxiety and bitterness. Everything was taking on a meaning. For once the hurts and humiliations of daily life were not lost in the bottomless well of our impotent rage.

The words above were written by Robert Linhart to describe his experiences of organising among Citroën factory workers in 1968–69, in the aftermath of a General Strike that many at the time perceived as a failure: a moment of possibility had evaporated, with workers and students receiving comparatively small concessions in exchange for a ‘retour à la normale’ that preserved undemocratic university structures, the drudgery of alienated wage labour, and the rule of Charles de Gaulle. I use this text with students in my class on protest movements in postwar Europe as a way of discussing how the narratives people created for themselves about ‘1968’ led them to act in particular ways afterwards—and as a means of relativising the often superficial memories of May ’68 that flood the media at every ten-year anniversary.

Since the strike to defend USS pensions began, Linhart’s text now resonates with me in a more profound way than it ever did before. To be sure, university lecturers are not factory workers, and we should remain cognisant of the many privileges we enjoy. Yet the sense of possibility that the strike has awakened is, I think, very similar to what Linhart describes: we are finally fighting back against the ‘anxiety and bitterness’ that years of marketisation have generated, and it is extraordinarily empowering.

One of the most empowering aspects of the strike at the University of Sheffield has been the support we have received from students. They have been the visible – and audible – force behind the ‘roving picket’ that until recently toured campus every morning, reinforcing our ranks, strengthening our resolve, and providing us with the soundtrack to which we have danced ourselves warm in rain, snow, and freezing winds. Their daily roving picket has now been converted into an ongoing occupation of our campus’s iconic Arts Tower, presenting us with an opportunity to return the favour by bringing food to the occupying students and singing ‘Solidarity Forever’ with them across the cordon created by campus security.

The strike has also unleashed creative energies that surpass what we can summon on ordinary work days. On day one of the strike, the Jessop West building was re-baptised ‘Jessop Left’ and bestowed with a ‘Department of Solidarity’ and a ‘School of Strikes’. These new departments outside the building have witnessed far more interdisciplinary activity than was ever possible within the sectioned-off corridors on the inside. Together with staff from the English Department, Modern Languages and the Public Engagement office, we have learned the words to the ‘Internationale’ in English, French, and German—and infused the music of Madonna, Dolly Parton, and the Spice Girls with our own meanings (#danceforUSS). We have exchanged ideas about joint film screenings and ways to teach together across disciplines. Most importantly, we have been thinking about how to democratise our own departments.

As with the post-1968 protests that I study in my research, the most profound changes are the most difficult to pin down. As Linhart writes, everything has taken on meaning: when we speak now, it is with the knowledge that our grievances are shared; when we act now, it is with the confidence that comes from doing so collectively; and when we go back to work next week, it will be with a new awareness of our own power. The stories we tell ourselves about the moment of possibility that this strike has represented will shape what we do well after it ends. The possibilities for change within Higher Education may not be limitless and our window of opportunity may turn out to be brief. But the usual boundaries have been breached, and we will decide where the new ones will be placed.